Guide on How to Engage Blue Collar Workers

Whenever we think of cities like Mumbai and New Delhi, we are immediately reminded of the beautiful architecture, roads, and various services that these cities offer to their residents. The bliss and wonder that the cityscape has to offer can often fog up people’s imaginations and leave them mesmerized at the sight before their eyes. While this alluring nature of the city is tough to overlook, we often completely forget about the people who make it possible for such cities to function and operate at the levels we are accustomed to. It is the construction workers, the taxi drivers, the waiters at restaurants, and other such employees that are the heart and soul of such cities. The fact that such workers are never really given the due that they deserve is borderline depressing.

Whenever we, as a society, think about the working class, we conveniently leave out the blue-collar workers. Given their role in our society, they deserve a lot more attention, and we must change our outlook toward such professionals.

‘Blue-collar’ is an umbrella term that constitutes services and jobs that are generally manually labored, waged, or salaried. Usually, these jobs don’t require any formal education. Common sectors and industries in which these workers can be found are:

While this is the traditional definition of such workers, these workers and the role requirement for such jobs have evolved tremendously over time. Don’t be surprised to find blue-collar workers who have attained formal education and are highly skilled in one particular line of work.

Advantages and disadvantages of being a blue-collar worker

Like any profession, blue-collar jobs have their advantages and disadvantages. Some advantages include:

That said, don’t think that blue-collar workers have it easy. Some common problems faced in this line of work include:

How to revive and engage blue-collar workers

The best way to revive and engage with blue-collar workers is by treating them like actual employees and by giving them the respect they deserve. Organizations and employers should try and reach out to schools and colleges and hold seminars and workshops, which will be highly useful in changing people’s perceptions of such jobs and workers.

To get the best out of blue-collar workers, you need to acknowledge their efforts and treat them with dignity. This will boost their morale and ultimately remove the stigma they have to deal with on a daily basis. 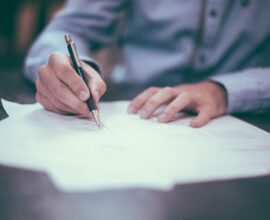 Important Things to Check in a Job Offer Letter 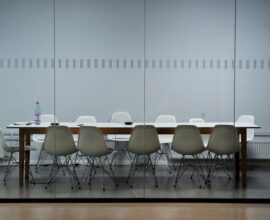 How to Introduce Yourself in an Interview

5 Jobs After 12th to Start Your Career

Responsibilities of a Back-Office Executive